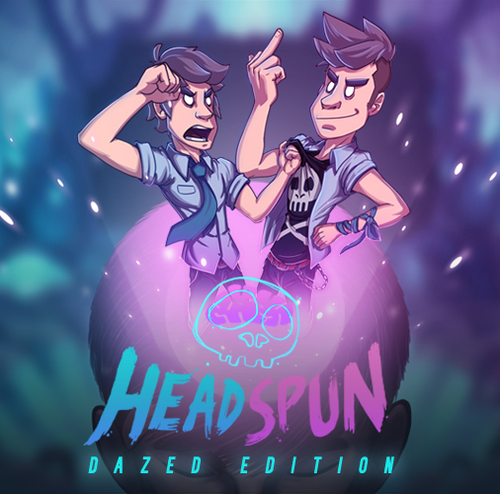 Yo! We've recently released the Headspun: Dazed Edition exclusively here on itch! This is a chance to check out the game and get involved with the project ahead of full launch later this year.

Headspun: Dazed Edition is an early access version of the game. If you're looking for a final, slick game experience and want to experience the story in its finished form - please wait for the full release. If you're happy getting stuck into something unfinished and would like to involve yourself in the remainder of development - the Dazed Edition might be for you.

Anybody that purchases the DRM-free Dazed Edition will also be entitled to a Deluxe Edition Steam key when the full release rolls around later next month. This is a chance to check out the game in a slightly earlier state, as we put those final few bits and bobs into the game, fix any bugs, and polish all the way until release.

Superstring is a one-man band, and Headspun is releasing early in the form of the Dazed Edition to catch bugs and optimise in a way simply not possible with one PC and one pair of eyes.

Fair warning: there are bugs, there is content that still needs to be populated, and it *may* break on you. Sorry! We'll be patching and uploading new builds as often as we're able, however - so bear with us and we'll get that problem of yours fixed.

We're all ears for bugs and feedback, of course: support@superstring.studio

Anybody who sends through a bug or meaningful piece of feedback will be added to the credit-list for the final game, too, alongside our eternal gratitude.

An FMV/Adventure hybrid set in Cortex; the world of the human brain.