A downloadable game for Windows

📢 NEW! Headspun is now available as a reward via the Superstring Patreon at ALL reward tiers $2 and above.

Cortex is in ruins.

After waking from a five week coma, Theo Kavinsky finds his life in disrepair, and with no memory of the accident, it’s up to Ted and Teddy – the conscious and subconscious voices in his head – to work out what happened, and put his life back on track.

Headspun is an FMV/Adventure hybrid which puts you in the shoes of Ted: the Director of Cortex - the rational, intelligent voice in Theo's head. What Ted thinks is best for Theo isn't necessarily a view shared by Teddy, however; the primal, emotional subconscious voice...

In the process of repairing Cortex, re-hiring a team and finding out what happened the night of the accident, Ted and Teddy must cast aside their differences and learn to work together. Headspun is a game about recovery, discovery, and the ongoing battle between logic and emotion.

The Headspun: Dazed Edition is exclusive to itch and includes the official OST by Soho Loop as standard. The MP3 files are included in your download. 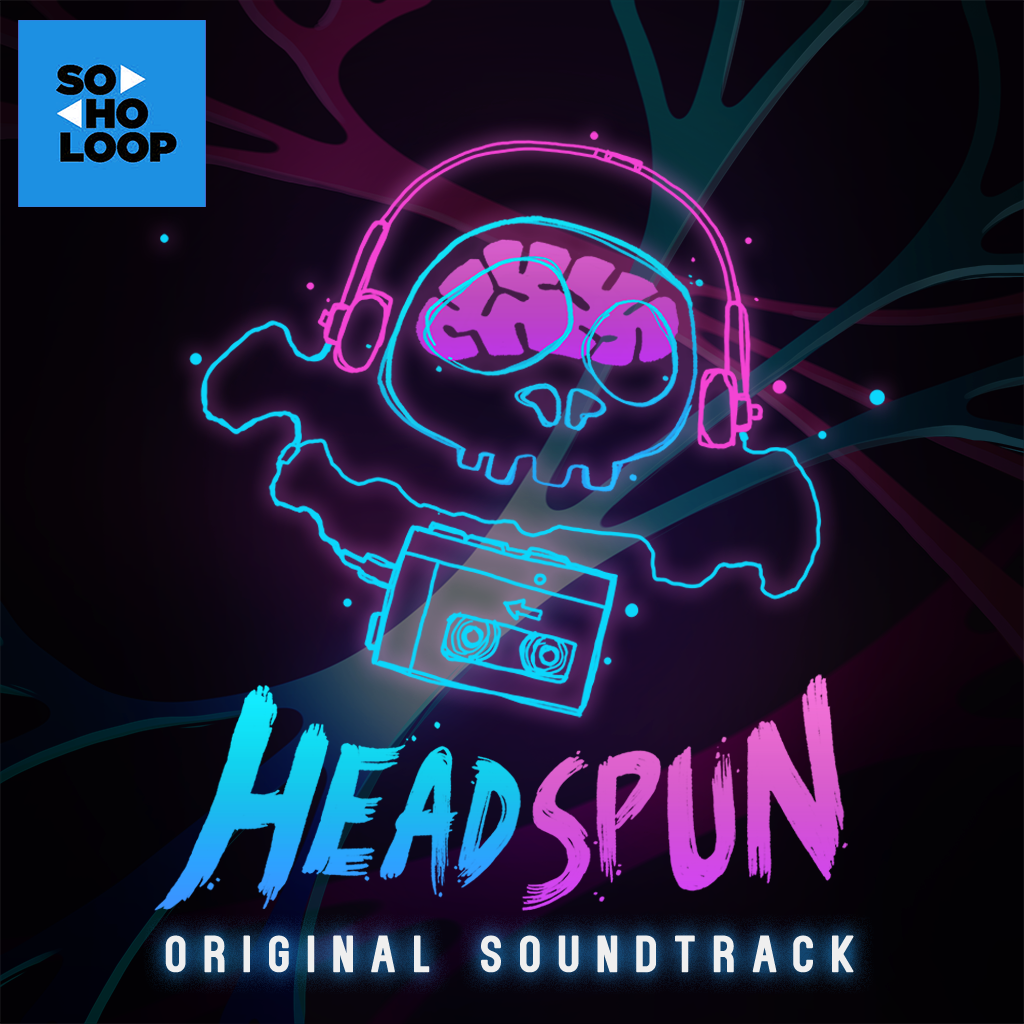 SO HOW IS THE DAZED EDITION DIFFERENT, EXACTLY?
The Headspun: Dazed Edition includes the official Headspun OST  and is exclusive to Itch.

DOES MY ITCH PURCHASE INCLUDE A STEAM KEY?
If you decide to purchase the game, drop us a line and I'm sure we can help you out.

IS HEADSPUN AVAILABLE ON OTHER PLATFORMS?
It is! Headspun is available on PlayStation 4, Xbox One, Nintendo Switch and Steam.

LINUX?
A Linux version isn't in the *official* roadmap, but we'll be updating this page with a Linux build shortly after launch. We're a small team, however, and updates/supports to this version will be sporadic. We'll do our best.

I'M DIGGING THE SYNTHWAVE MUSIC - TELL ME MORE!?
Headspun's OST has been composed by UK-based electronic outfit Soho Loop, with composer Stephen Willey also looking after the sound design in the game.

I'VE FOUND A BUG / GOT A PROBLEM / WANT TO TELL YOU SOMETHING!
Great! Sling us a line at support@superstring.studio, or drop us a note on any of the channels below.

FROM THE SUPERSTRING STORE... 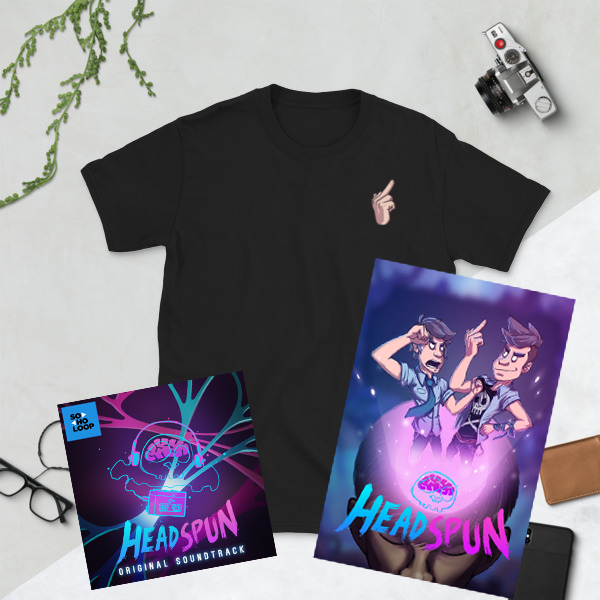 Superstring is a London-based studio dedicated to abusing the boundaries of genre. Headspun released on PS4, Xbox One, Nintendo Switch and PC on August 28th 2019.

In order to download this game you must purchase it at or above the minimum price of $2.49 USD. You will get access to the following files:

It's not free I'm afraid, no. It's $9.99 / £9.99 standard, but I've heavily reduced on itch (75% off) while the world is in turmoil. If you're big into narrative games, self-isolating, and in a questionable financial situation, please reach out to me privately and I can try to help.

OK , Thanks superstring . I will let you know soon as possible.. Thanks for your response

It 's a creative game with exquisite images and good music：D.

I think it would be better if there are subtiles when listening to the real people (Althouogh it's  little influence on game  ,I 'am not  very good at listening  to English😂. Maybe I should  practice more.).I also hope that I could review the dialogue and plot.

I got the game during the free period and I must say, I am very happy I found it. This game has an amazing story, and seems to balance gameplay and story perfectly. However, I would suggest that the arrow keys and the other shift key also be made controls as it is very hard to operate solely on the left side of the keyboard.

Thanks for taking the time to play and leave a note.

Good feedback on controls - if there's an update down the line, we can absolutely take a look at this.

Chiming in to support this project (and the free giveaway) with my heartfelt kudos to the devs and all those involved :)

Shameless plug; that's the one for my community server ;)

This game has pornography, Leaf you can delete this proyect!

I may not have time to play the game yet (though I'm looking forward to it!) but thought I might listen to the soundtrack sooner - any chance you could add the soundtrack as a separate download so I don't have to download all 3GB before I can hear it?

Weird how a majority of users who commented all created their account on the same day hmm...

They're Reddit trash that flood into game pages looking for freebies.  They don't actually play anything they grab and just hoard it.  They care not for the devs behind the games or actually helping them out.

I'm gonna give this a quick go and help the devs out how I can.  Gotta offset the trash with a great deal of positivity :)

Just because people from Reddit are here, you don't need to call them trash.  Atleast the game is more popular now since downloads increased.

Edit: For the record, I'm one of the so-called 'Reddit-trash' and if you could direct your eyes away from your bulging ego, you could see that I have left a pretty big review.

This is hardly the place to defend such a grotesque mockery of a website on the internet.
Reddit is filled with trash and they (unfortunately) outnumber the handful of decent people on the site.
Reddit 'free game' subreddits often promote ASF (afk automatic farming of Steam cards on multiple accounts without acually playing games) and thereby directly promote a culture of hoarding games without actually playing them (or exploiting the systems for profit above all else).

It is the very worst of 'min-max' gamer culture combined with the very worst people on the internet.
I stand by my statement when I proclaim that Reddit is trash.  Having a tiny handful of diamonds inside a steaming mountain of filth doesn't make the filth any less filthy.

The dev needs promo but they don't need Reddit trash spewing on their game page.  Just play the game or bugger off because there are no trading cards or achievements or other crap to exploit here.

Then of course Reddit was one of the most prominent places to find promotions for G2A/Kinguin/etc key-reseller sites that engage in rampant wholesale criminal activity and theft that DIRECTLY impacts indie devs by putting the devs on the hook for massive chargeback fees!

It wasn't until some prominent YouTubers got the word out (most notably TotalBiscuit) that awareness finally got people to stop seeing those types of key-reseller sites as anything but illegitimate trash.

Awesome! I love games with the mind.

Hi this is jack a passionate content writer. Check my work for Interior Designers In Pune and i really like it.

Really interesting concept! Loving the visuals and music too

Alternatively please use support@superstring.studio if email is more up your street. 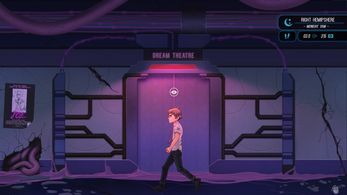 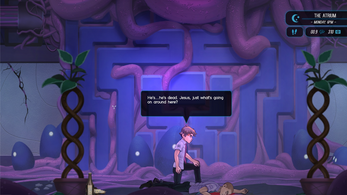 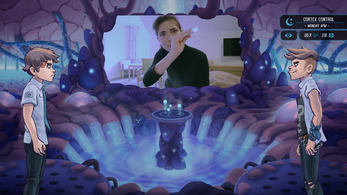 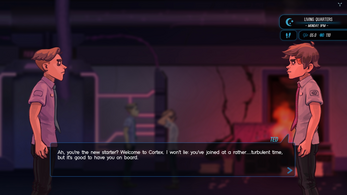 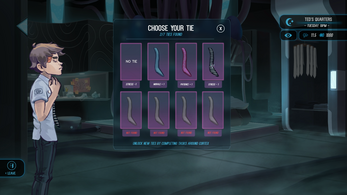