Headspun is an FMV/Adventure hybrid set in Cortex; the world of the human brain.

After its release on PlayStation 4, Xbox One, Nintendo Switch and Steam at the end of August 2019, we're incredibly excited to announce that the final Headspun release is now available on itch!

Headspun explores the ongoing battle between logic and emotion.

After waking from a five week coma, Theo Kavinsky finds his life in disrepair, and with no memory of the accident, it’s up to Ted and Teddy – the conscious and subconscious voices in his head – to work out what happened, and put his life back on track.  Headspun is an FMV/Adventure hybrid which puts you in the shoes of Ted: the Director of Cortex - the rational, intelligent voice in Theo's head. What Ted thinks is best for Theo isn't necessarily a view shared by Teddy, however; the primal, emotional subconscious voice...  In the process of repairing Cortex, re-hiring a team and finding out what happened the night of the accident, Ted and Teddy must cast aside their differences and learn to work together. Headspun is a game about recovery, discovery, and the ongoing battle between logic and emotion.

Previously an early access itch-exclusive version of the game, the Dazed Edition now includes the official Headspun OST by Soho Loop, which is unavailable on any of the other platforms. 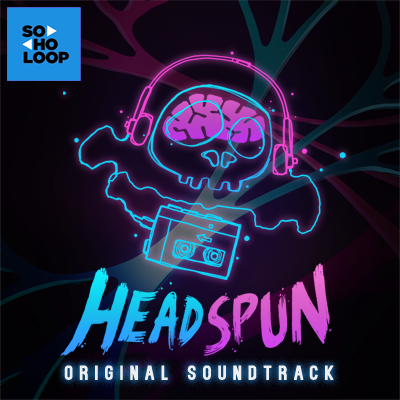 If you have questions/comments/problems, please get in touch via any of the below:

An FMV/Adventure hybrid set in the human brain